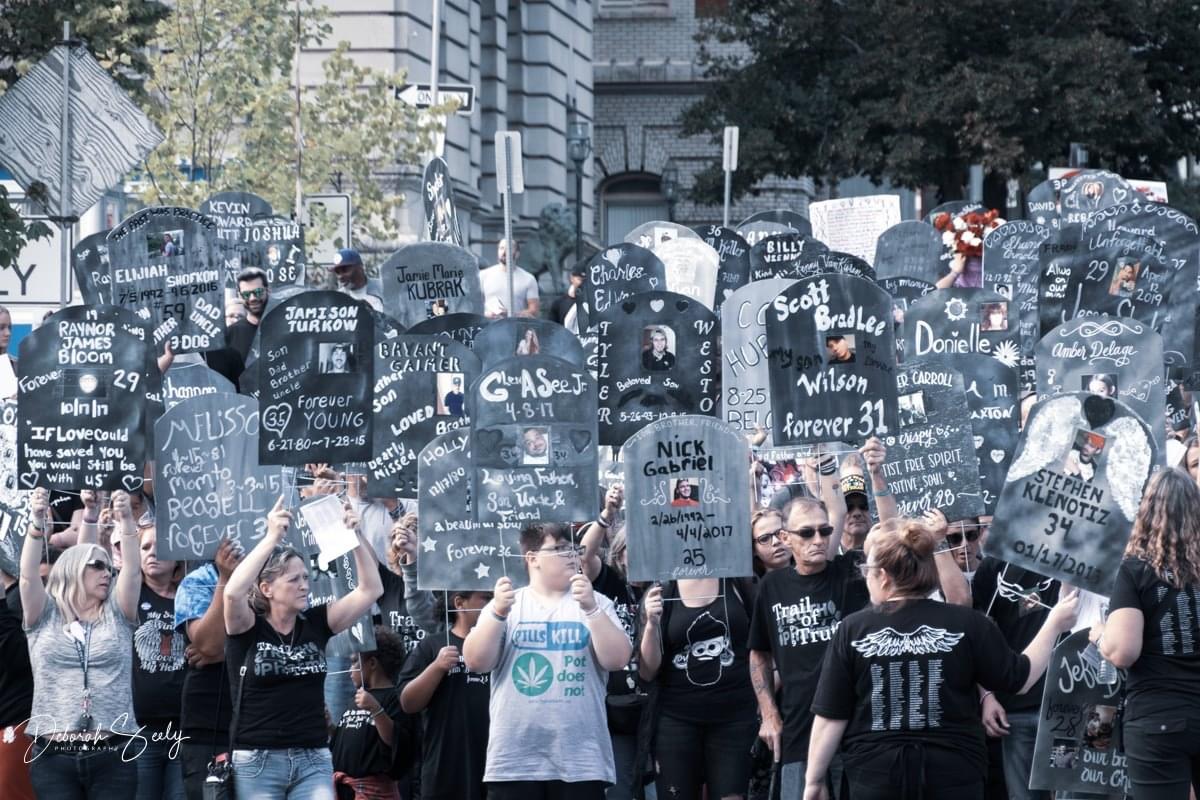 Headlines have shown us that overdose fatalities are increasing nationwide. The CDC released data showing that over 93,000 lives were lost in the United States in 2020.

But these headlines really don’t show the actual human and community impact of the overdose crisis we are all living in.

I lost my son Jeff to a heroin overdose August 5th, 2014. He was one of 47,000 in 2014. But that one man of 47,000 left behind a father, a mother, 3 brothers, a grandmother, aunts, uncles, cousins, and friends who loved him dearly—and each of them has to walk through their own journey of grief. It’s been 7 years since I lost Jeff, and there are still brief moments as I’m doing headcounts for a holiday gathering or thinking about who I have to tell news to that I’ll forget he’s gone. The realization comes quickly; it hits me in the middle of my chest, always in the same area that now feels like an enormous void just under my breast plate. I’ve yet to find the words to express the magnitude of loss you feel when you lose a child. There isn’t a family gathering, a meal, a wedding, or a gathering that feels complete without him. We can still enjoy each other’s company, working around this vast void that somehow takes up more space than a void should. We all walk, work, and talk around it. Joy is less joyful, laughter comes with reserve and is laden with guilt, and hugs carry a lot more meaning. Especially goodbye hugs. The last hug I got from Jeff was one of his signature one-armed side hugs. My other two boys try this style of hug with me frequently, and if it’s a goodbye hug, I can’t let them leave without a more solid hug. I know how meaningful a final hug can be.

We hold an annual event in honor of International Overdose Awareness Day each year called the Trail of Truth. Leading up to the event, we host tombstone painting events where we invite families and community members to come in and help us paint the corrugated plastic tombstone-shaped cutouts. This year, two families came to the same event to help paint the tombstones for the sons they had lost less than one month ago. Tears streamed down a mother’s face as she painted the most beautiful tombstone in honor of her son, her husband sitting directly across from her, head down, staring at the strokes she was making, his shirt peppered with tears.

Last week, a mother learned on Monday that her son had been taken by ambulance to the hospital. He was put on life support and it was unclear if he would make it. On Thursday, a doctor told her there was no brain activity and suggested turning off the machines that were keeping his body alive. She had sat alone with her son all week, refusing to leave his side, refusing to eat, holding his hand, stroking his hair and begging him to return, begging for a miracle to happen. Her only other son is currently incarcerated for an incident related to meth use. She had no one in the world to support her. She refused to let them turn the machine off. Friday they advised her again that they needed to turn the machines off. She said no, and the doctor said that at 5pm they would do it. They came into the room and shut the machines off while she screamed and cried and begged her son to wake up. She looked at the screen and watched the line that showed her son’s heart beating regularly, supported by the machines, slowly taper off. Before the flat line came, the nurses turned the screen off, propelling her into hysterics. “I just wanted to watch the line slowly go to a single line so I would know,” she told me.

On Monday she went to a walk-in clinic to see if the doctor could help her with her grief. As she sat crying in the waiting room, another woman approached her and asked what was wrong. She told her she just lost her son to an overdose. The woman told her she lost her own son also, and that she understood.

That’s how prevalent this issue is.

The mother encouraged her to go to Truth Pharm. “They will help you,” the woman told her.

Over 93,000 lives lost to overdose in 2020 is a headline worthy of attention. But I wish everyone would pause for a moment and consider the grief of one family. Consider the number of people who loved and cared for one human who was lost. The trauma, the sadness, the crying, the pain, and the grief that will cloud their family until the end of their days—times 93,000.

Only time will reduce the acuity of their pain, but nothing will take it away. As a community, it’s impossible to measure the impacts, the collective grieving a community faces, the kids left behind, the parents grieving, the loss to friends and other substance users. The grief is suffocating. We crawl out from under this heavy grief for hugs, to be with people who understand, and we rise only when we believe we can make a difference for others.

For Overdose Awareness Month, I hope people are holding space. I hope they are considering the magnitude of loss for each individual family, but also the community impacts, and then, yes, the national and global impacts of losing beautiful humans at an ever-increasing rate year after year. They are part of grotesque statistics, but they are also—each individual—loved and missed humans who had value.

And I hope everyone will find the strength to rise up above this grief to make a difference, to get educated, to educate others, to advocate and demand change.
It’s time. It’s long past time.